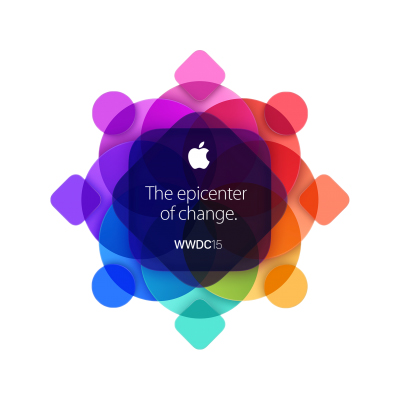 We hope you’ve enjoyed the last Apple WWDC conference but in case you missed it here’s a brief but complete summary of the most important announcements made by Apple.

This year there were no major announcements coming out but rather a lot of minor changes and modifications at software level that make for some great content for all of the Apple fans out there. Here’s a summary of the most important points covered in the conference.

The conference started by announcing the new OS X version called El Capitan that features small usability improvements (like the new “split view” and some Spotlight features) but most importantly performance enhancements with the improvement of CoreAnimation and CoreGraphics that now use Metal. The new OS will be available for free this fall.

Apple introduced a lot of software improvements and a small set of new features to iOS9 that deserve to be reviewed on a one by one basis. This new iOS release will be supported from iPhone 4s on and the update will only take 1.3GB (less than before) so users can download it faster and easier than before.

Apple has improved a lot the way Siri works on iOS 9 with better search results and contextual search. Siri can now get instructions from the application you’re in or text you’re looking at! Apple also presented an API for search in order for apps to expose content that users will be able to find using search. Users can create better reminders based on their location or get suggestions for the Home page apps based on what the user often does.

The previously called Passbook has seen the end of its days and it’s been replaced by the new Wallet that now offer the possibility to store your favourite shop credit or reward points cards. Double tap the Home button when your device is locked and access your wallet easier than ever.

Notes is better than ever. Convert lists in checklists, add photos, or simply sketch something quick, this app has so much more potential now! Users can now access notes from wherever they are in and, of course, Notes keeps working with iCloud so users can access their info across their devices.

Apple has added transit view with detailed maps of stations. The service will be available only for users in the US and China initially.

iOS 9 adds a new app to the user’s Home screen that conveniently collects all the stories you want to read, from top news sources, based on topics you’re most interested in. News combines the rich and immersive design found in print with the interactivity of digital media, letting users enjoy stunningly crafted articles just how the publisher intended. Moreover, publishers can have some sort of “channels”, somehow like Medium does. Expect this to be launched only in the US, UK and Australia.

Not only El Capitan features better multitasking capabilities but also iOS has added three new ways of better interacting with your device.

The physical world has never been more connected to the Internet than nowadays and Apple is trying to lead the industry with its products. HealthKit has new data points, HomeKit offers support for more sensors to connect your home to the cloud and CarPlay now supports better interaction with the user’s car.

Apple has released a new version of Swift that offers better performance and speed and that later this year will be open-sourced to reach a larger audience. Great news for the open-source supporters.

After successfully releasing Apple Watch some months ago, Apple has now presented the new watchOS version 2.0 that introduces some interesting features that will allow developers to build amazing apps with much more possibilities than before.

Moreover watchOS 2.0 includes Activation Lock, a new security feature. Activating your watch requires your iCloud Apple ID and password, so in the event that your Apple Watch is lost or stolen, your information remains safe.

Apple has presented it’s new Music service that will try to compete with Spotify and other music streaming services out there. With exclusive channels like Beats 1 station and a very attractive platform that will offer both artists and music lovers all sort of different opportunities.

This is all for now but as you know, at Mobile Jazz we’re always trying to keep one step ahead offering you the best quality in terms of apps and web development. Contact us in case you have any comments or in case you’d like us to help you with your next  awesome project.

Full stack web developer with accuracy and passion for both frontend and backend developing.