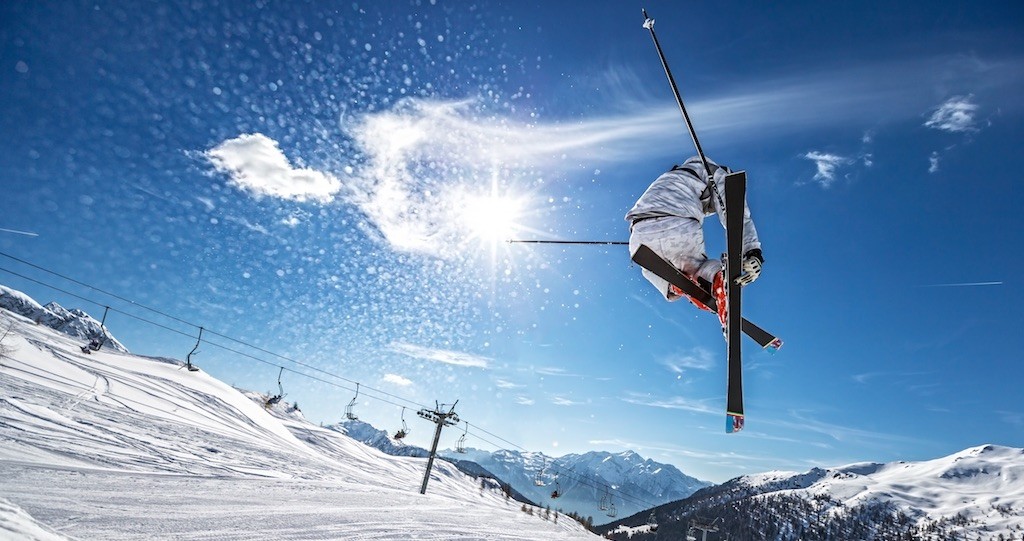 Following our successful workation from a tropical island (side note: that blog post went viral and received 30k+ visitors in the first 24 hours) late last year it shouldn’t be all that surprising that not long after we returned we were already planning another.

Initially we were looking to repeat the warm and tropical location, however during one of our lunch brainstorming sessions we realized that almost everyone in our team is a skiing or snowboarding aficionado and the rest of us who hadn’t tried it yet were very keen to learn.

So we figured, why not go on a company-wide skiing adventure in the Alps? And so it began.

As we were already quite late into the skiing season (we made this decision in February and the season usually ends early April) we had to hurry up.

The first hurdle was to find a date that was suitable for everyone. Since many of us have families that of course had to be coordinated with the relevant spouses/partners. A few bottles of wine, a couple of fancy dinners and for some some, a lot of wife points later, we managed to agree on a week at the end of March.

The next challenge was to find affordable flights for everyone. Our Mobile Jazz headquarters are in Barcelona, but we’re fundamentally a remote team and for this trip we had people joining us from Barcelona, Dubai, Brazil, Mexico, London, Munich and Innsbruck.

We looked into two airports to meet up and share rental cars. The first one was Innsbruck a small airport situated right in between the mountains of the Tyrolean Alps and very close to many ski resorts. The second option was Munich, a big international airport and relatively close to the Alps. We finally decided for Munich, not only were flights cheaper and more direct, but also rental cars were significantly less expensive and we managed to find flights so that we all arrived more or less at the same time.

As one of our employees is from Austria we had very good intel on where to go to find the best mix of affordable prices, good snow conditions and not too many tourists. We had a couple of options to chose from, but our final decision fell on Serfaus-Fiss-Ladis [Maps] a mid-sized ski resort, about a 2h drive from Munich and surrounded by more famous resorts like St Anton, Ischgl and Sölden in case we wanted to spend a day or two somewhere else.

We now knew where to go, how to get there and what to do during the day. The crucial piece that was still missing, though, was where to sleep. And that turned out to not to be that easy so late into the skiing season. Pretty much everything was booked out or had horrendous prices. Initially we searched on Booking.com, Airbnb and similar sites in German with moderate success. We had found enough beds for everyone to sleep in, but unfortunately distributed over many hotels and guest houses and sometimes even in different towns. As this trip was not only about skiing, but also about team building and having quality time with our friends and colleagues we weren’t best pleased with that kind of solution.

So we reached out to our local contacts in Austria, and maybe we should have done that in the first place (local network almost always beats the Internet), and one of them recommended a place that wasn’t directly situated in the towns of the ski resorts, but a short 15 minute drive outside.

So we called and got lucky. They didn’t have any bookings yet for that specific week. They asked us how many rooms we needed and we ended up renting the whole place for ourselves. Which was a pretty cool thing too, as this way we weren’t disturbed by drunk German and Dutch people enjoying the after-ski hours and those people wouldn’t have been irritated by us setting up our MacBooks in the dining hall.

Even though this is somewhere high up in the mountains, Austria has surprisingly good Internet connectivity. Probably some of the best in all over Europe. Our guest house itself boasted a fiber Internet connection, but in addition we also picked up 3G/4G SIM cards for everyone to be connected during the day on the slopes. For just 18€/month (prepaid) you get unlimited data for your mobile phone without any speed reductions.

One of our company’s mantras is “Optimizing For Happiness” rather than profit. That’s why we prefer to work less and have more time to enjoy life. Which in the end leads to a happier self, a more productive company and better results for our clients.

Most people we talk to, they envy us for living this work-life and tells us how much they want to do it, but in the same sentence tell us how impossible it is for them. Reality is, it’s not that impossible to do. You just have to commit and be persistent about it.

In the case of Mobile Jazz, we have internal products which are easy to handle, but most of our work is consulting for which we have to coordinate with external clients and meet their deadlines. But this is not difficult to manage, as long as you include it in your overall planning. For example we work 5 days per week, but only plan for 4 days. Which means in the ideal case we have an additional day left to tinker on internal projects or to spend with the family. And in the case something goes wrong or an emergency comes up, this gives us enough buffer to solve the issue without getting stressed or without having to work on weekends.

For this specific week of skiing in Austria it was all about informing our clients, managing and distributing our availability and setting the correct expectations. Full transparency is a big part of our philosophy. And after all, even though we went skiing during the day, we didn’t completely shut down the business during that week. We spent about 30 minutes every morning responding to important emails and about 2 hours after skiing and before dinner to get stuff done. And for our clients, even though they knew we are skiing, it seemed like business as usual without any incidents.

Besides getting critical work done, this trip was about celebrating life. The biggest part of it was obviously dedicated to skiing and snowboarding, which we enjoyed in all its aspects. We had downhill racing competitions (one of us, the Austrian of course, managed to get a speed record of 148 km/h), backcountry exploration tours, cruising through the fun parks showing off our jumping skills and some of us were just starting out with learning how to ski and snowboard.

But besides the time on the slopes we had a great time in our guest house. As we were the only ones there, everyone felt at home. We grew particularly fond of a card game called The Resistance, which is all about logic and psychology, and geeks as we are, on many occasions this turned into interesting meta discussions. The typical game length is about 20-30 minutes, we managed to have one single game that last about 4 hours until 2am in the morning.

Besides our own team, we also had a couple of guest entrepreneurs visiting us, some for a few days only, others for the whole week, which added an interesting mix to the group with deep discussions about technology, life, entrepreneurship and of course our favorite topic, Milka chocolate.

Overall the trip and experience added a lot of value for everyone as individuals, but also to the whole group. Especially since we are a distributed team and many times only communicate via chat or video calls. This was an excellent opportunity to get to know each other and to build strong friendships.

As we are a mobile design & development company, here are some of the apps we found useful for this trip:

While Austria is not as cheap as Thailand we managed to keep the costs to a moderate level when compared to the value we got out of it.

The final cost per person ended up to be between €150-€200 per day depending on where the person came from and if he/she had snowboarding lessons or needed to rent equipment.

Everyone had a great time and returned back to the regular work schedule completely revitalized and with a greatly improved team atmosphere and personal relationships.

This is why, after our first successful experiment in Thailand and this recent skiing excursion in the Alps, we’ve already started to plan our next workation, which is going to be a remote work and kitesurfing adventure on Mauritius this coming fall.

Mobile Jazz
One Step Ahead. We want to be at the top of what’s happening in technology, digital marketing and design. We continuously educate ourselves, and experiment with the latest trends to stay ahead of everyone else. That’s why we’re able to give you a competitive advantage in the market. On top of that, our way of working is quite unique in the industry. We're one step ahead.
NEXT ARTICLE
Google I/O 2015 Review
PREVIOUS ARTICLE
Working Remotely From A Tropical Island in Thailand

Coronavirus COVID-19: How To Embrace Working From Home (Our Tips & Tricks)