The Genius of Simplicity: Mobile Jazz and Code North 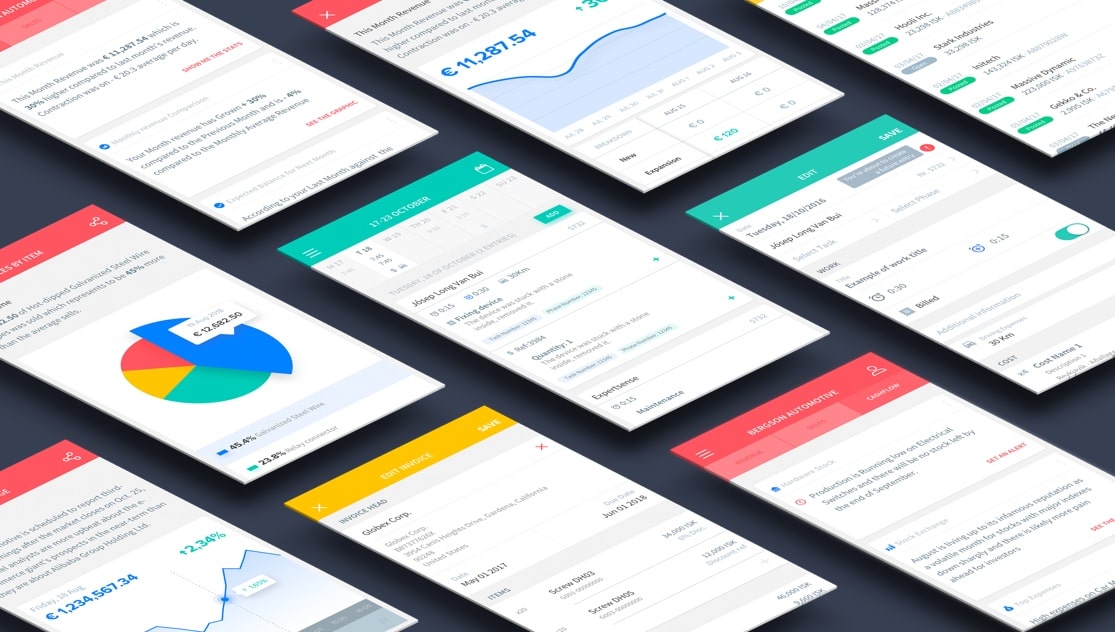 “Any intelligent fool can make things bigger, more complex, and more violent. It takes a touch of genius — and a lot of courage — to move in the opposite direction.”

A great quote, right? It’s from Albert Einstein, and it’s something we try to live by at Mobile Jazz.

While we love building high-spec digital solutions, as we’ve shown in the multi-dimensional apps we’ve created for our medical and aviation clients, our real skill is simplicity. We’re blessed with a team of engineers that can turn sophisticated concepts into an easy, consumer-friendly experience for the end user.

Our work with Code North illustrates this skill perfectly. We’ve worked with this brilliant Icelandic company to design an SaaS application platform called Heartbeat Cloud, which takes existing enterprise resource planning systems (the tools many companies use to manage their business processes) and extends them into rich user experiences that any employee, even a digital novice, can master.

Not only that, but we’re now going a step further and helping Code North roll out their solution to companies around the world, taking clients’ existing ERP systems and making them easier for everyone to access and use with the Heartbeat platform.

We’ve loved working on this project because it helps to make the digital world simpler and more accessible. We may be digital natives ourselves but we love providing crystal-clear products for those who aren’t.

In this article, we’ll discuss:

You may well not have read about it, but it’s boom time in the ERP software market. The value of this sector has already reached $28 billion – and it’s forecast to nudge $47 billion in just three years.

Yet despite this vast potential, the ERP sector remains large and inefficient, with huge amounts of money tied up in outdated legacy systems. Many products are too complicated for ordinary employees to actually use.

This is the focus of Code North: to make ERP easier for the average user, and cut through the morass of pointless corporate jargon. When we came on board, Code North had already built an ERP platform for a single anchor client. The platform acted as a kind of ‘translator’, sitting on top of existing legacy platforms and simplifying them.

A mobile solution, Heartbeat Cloud was designed to offer freedom and flexibility to busy professionals, enabling business executives to reach critical data quickly. By incorporating all the client’s existing legacy software, Heartbeat Cloud ensured they could retain their priceless business logic, with no need to throw anything away.

And here’s an ‘after’ shot showing some of the changes we applied.

It was quite a big job. The previous developers hadn’t really considered UI or UX, or paid much attention to design. So there were plenty of spacing issues, and a lack of consistency over colors and typography. Basically, the platform wasn’t as sharp as it could be.

To fix these issues, we implemented Material Design guidelines, an open-source standard for layouts and iconography which gives you a single, logical set of rules. This was accompanied by a new color palette, based on the single accent color Code North had previously used, for a better visual hierarchy.

We did some more abstract stuff too, trying to identify which bits of information were most important for the end user and then giving them extra weight on the screen, either by highlighting them through typography and color codes or reorganizing the site map to remove non-key information from the top level.

Finally, we took responsibility for adding extra UX functions to the platform. So, for example, we applied intuitive table filtering and sorting, wrote our own error message framework and introduced predictive autofill options to save time for the end user.

The results were really pleasing. The apps and website soon began to look cleaner, crisper and, above all, simpler for the end user. Code North were feeding back that their client was super-happy with our work, and the way it made their lives easier.

As our relationship with Code North blossomed, we started suggesting tweaks proactively. It evolved beyond a ‘do this, do that’ assignment and became a shared mission, with regular workshops to bring the teams together.

Code North told us they wanted to expand the brief, branching off the core ERP product and building a hive of brand-new apps. These apps would offer specific modules for different workgroups like sales, HR and accountancy.

This was a big challenge. We didn’t just need to understand Code North’s technology. We needed to understand their end users, and work out what specific user groups would need – taking into account that each group would have a different background and some would lack technical expertise. They may know their way round Word, Excel and other native desktop apps, but that’s very different from using complex ERP solutions.

So, when building the apps, we’ve relied heavily on visualization. When building an invoice-processing feature, for example, we’d visualize the various steps involved in creating an invoice by hand, then replicate that process electronically. Everything’s about good readability, clear spacing and clear hierarchies. When we face different design options, we always pick the simplest one.

If you want an example, just look at the two icons below. Both of these icons are commonly used to introduce the filter option, but one of them is way more self-explanatory than the other. Yep, that’s the one we choose.

But we’ve also designed new features, working with Code North to figure out what specific employees need to make their working lives easier.

So, for example, we designed a barcode scanner, which could quickly add items to invoices and purchase orders. And we designed verification functionality, which would eliminate the chance of any mistakes.

Using our own research, as well as consultation with Code North, we’ve broken down the product’s users into key groups and mapped out their working day, allowing us to identify the technologies that will maximize their productivity.

During the app-building process, we began working more and more closely with the client, bouncing ideas off one another about how to sharpen up the design.

It was a case of kindred spirits; we shared Code North’s core design philosophy, and their desire to simplify complex processes. We got on with them personally as well as professionally.

Now we’re working on an altogether different project. Code North now want to create a white-label version of the application suite we’ve already worked on. Instead of marketing the product at a single client, the new Heartbeat platform could be used by any company on a software-as-a-service basis. It’s a total rebrand and we’ve been asked to orchestrate it.

To design the product, we began by holding a brainstorming session with the Code North team in Barcelona, to map out the core aims and objectives of the new product. Using these parameters, we’ve built a concept design, which, while based on the original platform we’ve worked with since 2016, is 100% custom. Ultimately we envisage something akin to Google Suite, a series of products anchored by a common brand and design framework.

We’re also talking about adding bundles of new features, guided by new technologies. For example, we’re planning an AI feature which would send messages to a client, alerting them when one of their best-selling products is about to run out of stock.

The project is already taking shape. We’ve designed the visuals and branding, as well as a dedicated landing page. The next phase is full build-out, which will take place over the coming months.

Our work with Code North has been a major test of our ability as a company. Instead of building our own software from scratch, we’ve had to get to grips with someone else’s, drilling down to find ways to make it more accessible to the people who use it.

But, by taking on this challenge, we’ve shown our ability to be more than just a service provider. We won’t just build what a client asks, we’ll challenge them, going beyond the initial brief to unlock the true potential of the project.

Above all we’ve showed that we’re not a provider. We’re a partner.