Recruitment Automation: How to Optimize the Hiring Process with Trello and APIs 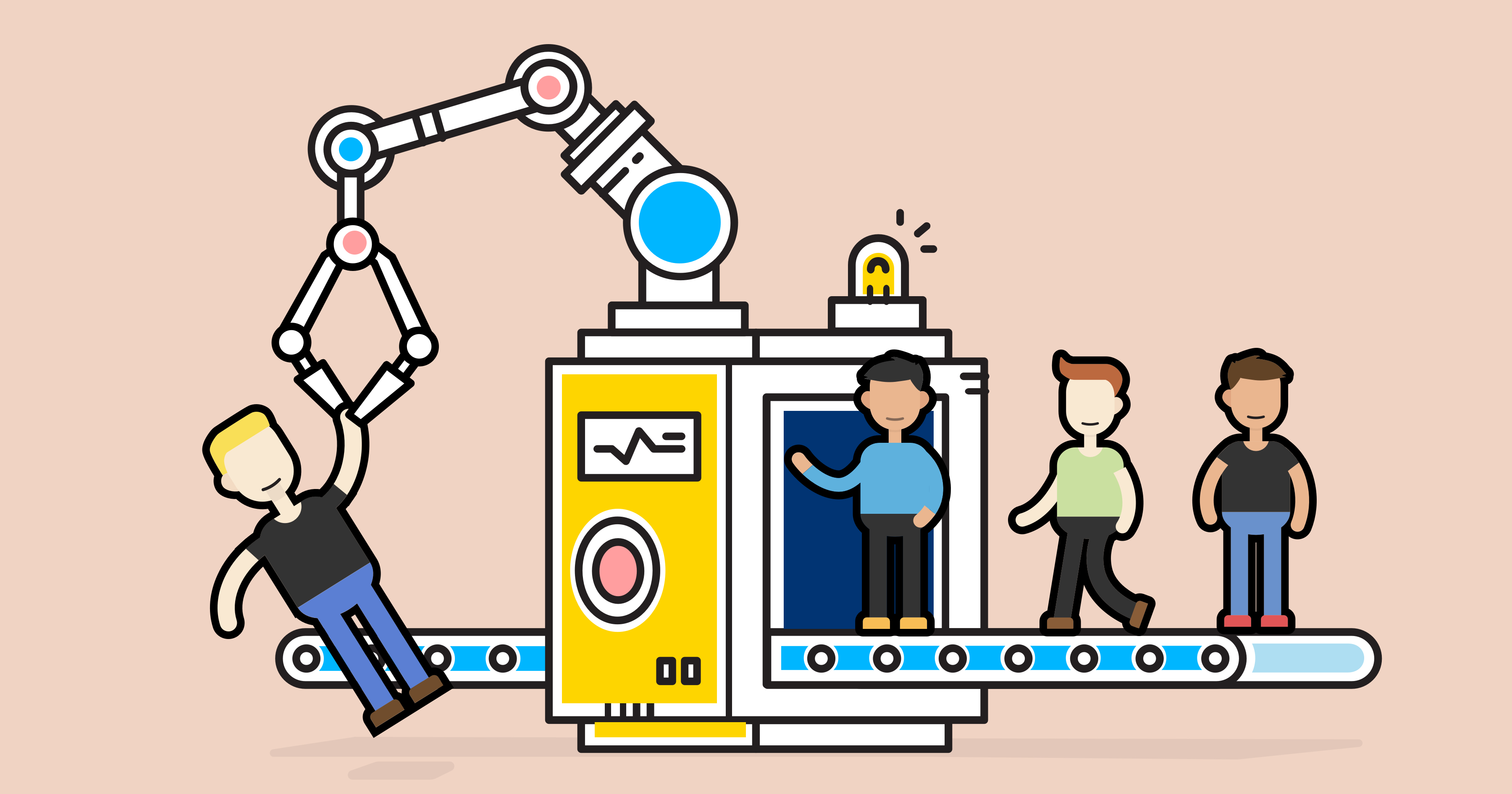 At Mobile Jazz, one of our biggest challenges is handling the sheer volume of applications we receive. Our jobs page receives applications from all over the world and the number reached a new peak recently, after our company handbook went viral.

We’re proud that so many people want to work with us, but it creates issues, too. We’re still a small company, only 20 people, and we don’t have a physical recruitment department. So how do we handle such a huge volume of interest?

Automation provides the answer. We’ve used API Integrations, Google scripts and digital tools such as Trello to create a recruitment strategy so finely tuned that it doesn’t require any human interaction with our candidates until they reach interview stage. All we need to do is move a few cards around on our Trello board.

Now this might sound a little cold and impersonal. But in fact, nothing could be further from the truth. Automation allows us to provide a recruitment experience which is more personal, not less. By automating the time-consuming early stages of the recruitment process, we give ourselves more time later on, when we’re interviewing candidates and assessing their suitability.

For those people who have applied via our job board, the benefits are two-fold. Firstly, our system cuts out many of the monotonous tasks of the application process. Candidates have no need to fill out an application form (at least not a conventional application form), attach their career resumé, swap emails with HR (or, worse, an external recruitment company) or have a quick chat over the phone, just to repeat the information they already sent over.

Then, if a candidate reaches interview stage, our recruitment leaders can really research their career background before interview, and answer any follow-up questions via email. This extra time, freed up by our automation strategy, enables us to make better decisions on each candidate and build a rapport with new recruits before they even join the company.

Ok, now we’re going to explain a bit about how the system actually works.

The first part of our recruitment automation system is our jobs API (or, to call it by its full name, application programming interface). An API is a gateway between two applications, which allows people to reach a particular website by sending requests in code. A number of companies, including Google, are now using APIs to interact with job-seekers.

Instead of asking candidates to send their career resumé and a covering letter, we ask them to submit their profile using our API. They need to send an HTTP post request to our server, and include a specific list of details listed on our jobs site. The request must be written in the JSON format.

As well as being a novelty for our candidates, most of whom will be used to sending work applications the old-fashioned way, it’s a great initial ‘test’ for us. We work in a highly technical, digital-first way, so if someone doesn’t know what an API is they probably won’t fit in with us.

Where Trello Comes In

If the request is coded successfully, the API automatically creates a card on our Trello board (if there is an error in the form, the API returns an error and the application is not submitted). Although we use a number of other technologies, such as Asana, to manage our projects, the Trello app is the cornerstone of our HR management system and central to our recruitment process.

But this could still be problematic, given the consistently high volume of applications we receive. The initial ‘sifting’ process also needs to be optimized, to ensure each application is seen by the right person as quickly as possible.

So, we’ve created a script which reviews all the new applications on our Trello board twice a week, and sorts them into the relevant team list, based on the position they’ve applied for. The script also sends an email from the relevant MJ team leader, telling each candidate that we’ve received their application and are reviewing it.

That sounds a bit like a bot, doesn’t it? Yep, we get that. Bots suck. But this isn’t actually a bot at all. The script doesn’t act alone, like a bot would: it is simply a tool to help us manage our applicants. It’s designed to be used by humans, rather than instead of them.

A Job for Humans

Now comes the first human involvement in the MJ recruitment process. We need to decide which candidates to take forward, and which not.

So, every two weeks, the recruitment head for each of our teams takes a detailed look at each new candidate card on their Trello board, and places them in one of two sections: decline, or accept. Then, once this process is complete, another script comes along and sends automated emails to both sets of candidates. (This doesn’t necessarily mean candidates will get a response within two weeks. If we’re still deciding on an individual application, we may leave a card on the initial board for a while, so candidates shouldn’t worry if they haven’t received a response yet!)

Our favorite part of the whole process comes next. If we want to proceed to interview, another script swoops in and sends the accepted candidates a link to a scheduler tool called Calendly, which offers them a list of time slots suggested by the MJ recruitment team. Once the candidate has booked their timeslot, a link appears in the recruiter’s Google calendar.

If you’ve applied for a job with us, be prepared: there are three interview stages, all conducted via Google Meet. At each stage you’ll meet a different member of the MJ team, and be asked a series of questions to ascertain whether you’ll fit in.

Once we’ve reached interview stage, the recruitment process is fully human. When we send feedback regarding an interview, we do it manually, giving a bespoke, detailed appraisal even if we don’t want to proceed. We’re delighted each candidate has taken the time to apply, and feel it’s the least they deserve.

Each time a candidate (hopefully) passes to the next round, the person who interviewed them will brief the one handling the next stage, offering a forensic account of their conversation. That way there’s no need to repeat information unnecessarily. As we said earlier, we know how annoying it is when a lazy recruiter makes you do that.

Hopefully, the candidate reaches the end of the process and earns a job with us. It’s brilliant to see talented, ambitious people joining our company. We’ve got a really good retention rate (many of our team have been here for five years or more) so we think we’re getting our recruitment process right.

We’re not saying everyone should like our strategy – some readers might feel there are too many stages, or the API thing is a pain. But we think more people will like it than not. It’s fast, reliable and, above all, fair to everyone who wants a career with us.

What’s more, it gives us the time we need to build a great company – which is the reason so many people want a job with us in the first place.