NIFTI: How to Build an Aviation App That Works at 3,000km/h 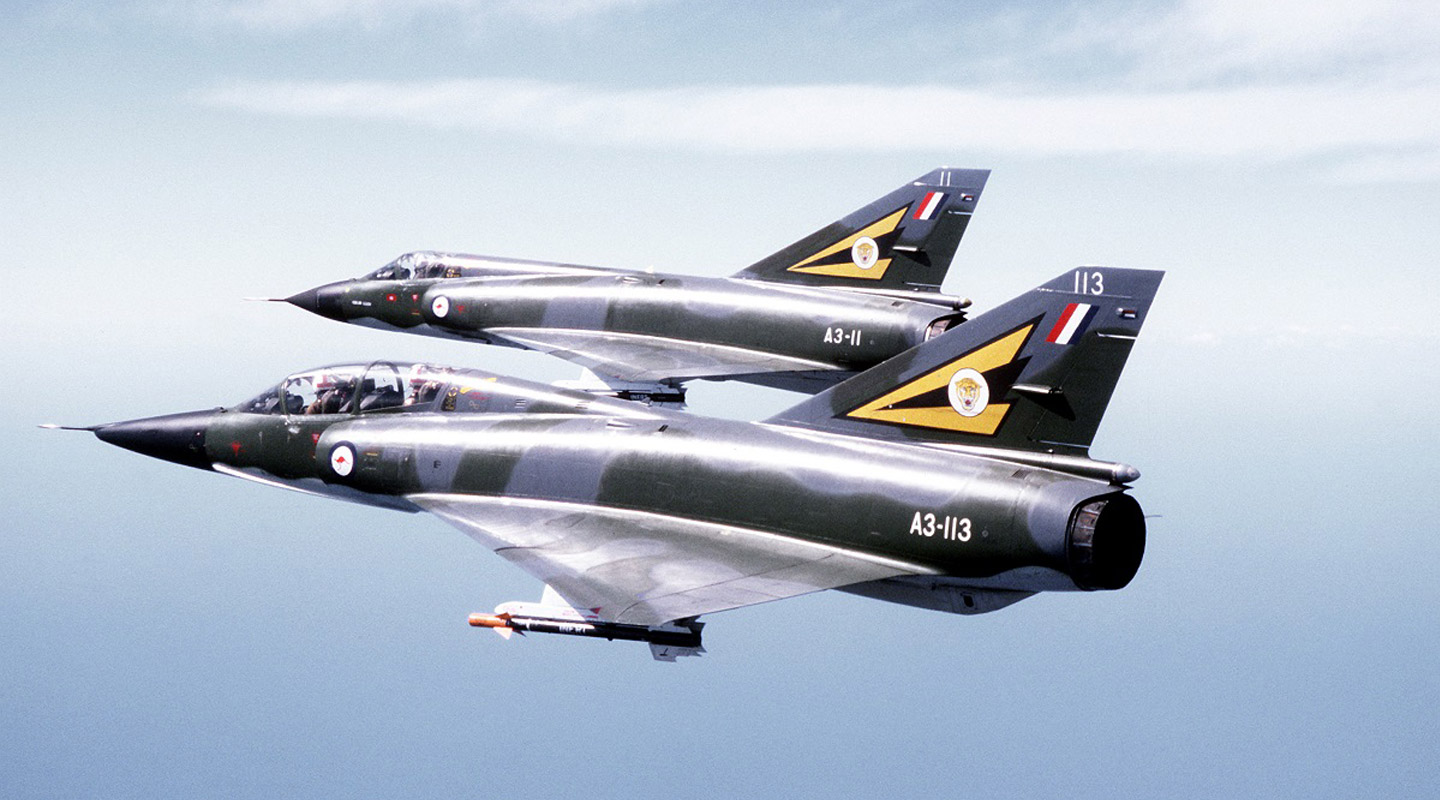 Since we started out in 2011, we’ve worked with Google, Airbus and AVG, delivered powerful social projects such as Worldreader and built apps for over 100 million users. It’s been an amazing ride.

But none of our projects is quite like NIFTI. Or, to give its full name, Non-Intrusive Flight Test Instrument. The name might be dull; the mission is anything but.

NIFTI transmits key flight data from aircraft travelling at up to 3,000 kilometres an hour. Initially developed for military fighter jets in tandem with the Royal Australian Air Force, it measures variables such as g-force and airspeed, allowing engineers to identify problems such as excessive oscillation or airframe pressure.

The project has implications for all aviation and aerospace companies. Previously, if you wanted to retrieve a plane’s performance data you had to rewire the entire airframe, dismantle the plane, put the wires in and screw it all back together again. An expensive, time-consuming process.

NIFTI offers a better alternative. It relies on a series of on-board sensor nodes, attached to the airframe, which transmit data to ground engineers via a web server. The nodes can be fitted in hours rather than days and the technology can be applied to any type of plane.

Earlier this year NIFTI passed its first supersonic flight trial, a huge milestone for all concerned, so we thought it was time to explain this amazing project, and the part we’re playing in it.

Specifically, we’ll tell you about:

The NIFTI system is being built by a partnership called Defence Innovations. One of its members is an old friend of ours, someone we’ve collaborated with on various projects. In 2016, our contact reached out and explained the system they had designed.

Essentially, NIFTI works like this. Data is transmitted wirelessly from the nodes to an on-board computer, called the Gateway. On the RAAF planes this computer sits in a pod which looks like a tiny missile, as you can see from this installation carried out on an F-18 immediately prior to a supersonic test flight.

The Gateway sends the node data to the pilots in the cockpit, who can view a live stream on an iPad Mini, which is the RAAF’s chosen Electronic Flight Bag (the management system used by the flight crew). Interestingly, the iPad Mini has to be white, because this color reduces solar heating in the exposed cockpits you typically find on fighter aircraft.

Once the plane lands, the ground engineers withdraw an SD card from the Gateway (shown below) and use it to process the data, allowing them to make vital adjustments to the plane’s construction and configuration.

When Defence Innovations came to us, they needed an iPad app which would connect the system together. The app would provide users with three distinct entry points, opening up into specific zones for the three essential aviation performance roles.

Engineers, charged with planning the node installation, could access a design tool to see diagrams of the airframe. They would then drag and drop the nodes into the areas they wanted, and specify the data they wanted each node to transmit.

Then the aircraft technician, the person charged with attaching the nodes to the airframe, would log into their own distinct area, showing them exactly where to insert the nodes and indicating the data required from each one.

Finally, the aircrew needed to be able to tell the NIFTI Gateway to record data and visualize it while flying. The app would enable them to set a series of timestamps, illustrating the data at specific points during maneuvers.

The app had to be configurable to each user’s needs, and visualize the live data stream in a clear, simple way – like a virtual control panel. It needed to transfer files without an internet connection and allow engineers to draw complex graphs and charts.

An initial version of the app was already designed. But, to take the project forward, we needed to construct a simulator which would enable us to mirror the data-transfer process even though we were thousands of miles away from the NIFTI labs. Using this information, we could work out what was required to build the new version of the app.

The core requirements, however, were relatively simple. If the app failed during flight, it would cost serious time and money. So we needed to minimize battery consumption, and optimize CPU usage to ensure the iPads wouldn’t overheat, even when placed in the aircraft cockpit and facing the sun.

The design process was pretty straightforward. We used the graphics functions in Apple’s Cocoa library, such as CoreGraphics and OpenGL, to deliver those powerful drawing functions we mentioned earlier.

To send the data from the computer to the web server, we installed a simple HTTP Client, just like the browser you used to reach this article. Getting the data from the nodes was slightly trickier, so we used a variation of WebSockets, which create a permanent communication channel between two data points. By using WebSockets, we’ve ensured the data has a clear pathway to the app at all times.

However, while the design may have been relatively simple, building it was far, far tougher. In fact it’s the biggest standalone app we’ve ever developed. Most apps can be built by a single developer in four months; this one’s taken a team of three people 18 months. Well over 3,000 hours have been poured into the project.

We’ve built a rigorous test suite to gauge the app’s performance on every single code change, and created automated tests for every use case (a specific situation caused by the user’s interaction with the app). Countless hours have been spent thinking about how users could press certain buttons and building tests to simulate real-world circumstances.

The project has also thrown up hundreds of ‘corner cases’ – a problem which only emerges under extreme conditions. To iron out these problems as quickly as possible, we’ve followed an agile methodology, holding a weekly meeting to resolve all issues and agree resolutions.

We’ve even had to test the temperature constantly, to ensure it didn’t rise or fluctuate excessively. How have we done this, you might ask? Simple – we attached a thermometer stick to the iPad! Every time the thermometer went above 37 degrees, we went back to the drawing board.

Throughout the project, the team has maintained very specific roles, to ensure they could focus completely on their task.

I’ve served as product owner, meeting the client each week to review designs and ensure all corner cases are resolved. José has overseen the technology stack (the backend stuff users don’t see), and Rubén has led the user interface development. Normally we like to form fluid teams, with everyone helping one another out. But this project was simply too big and complex for that.

Now, however, we’ve delivered the first version of the app, which is currently being tested in NIFTI’s hangars in partnership with the RAAF, the inaugural user of the system.

When the flight tests are complete, we’ll receive a batch of tweaks to fix any issues, and once we’ve gone through another round of QA, the app will be ready. We can’t wait to see the NIFTI system in action.

The relationship between Mobile Jazz and Defence Innovations is excellent. We’ve not only developed the app, but we’ve helped them with product definition, project organization and project management. This is something the client values highly, and we look forward to working with them as they continue their mission to transform the avionics space.

NIFTI has taken more out of us than any other project. It’s tested us to our limits and pushed us to find new reserves of creativity and organization. But we’ve come out the other side, and proven ourselves under the toughest pressure. After NIFTI, we feel we can take on any project, no matter how challenging.