MyMoments: Opening Our Eyes Through the Power of Digital 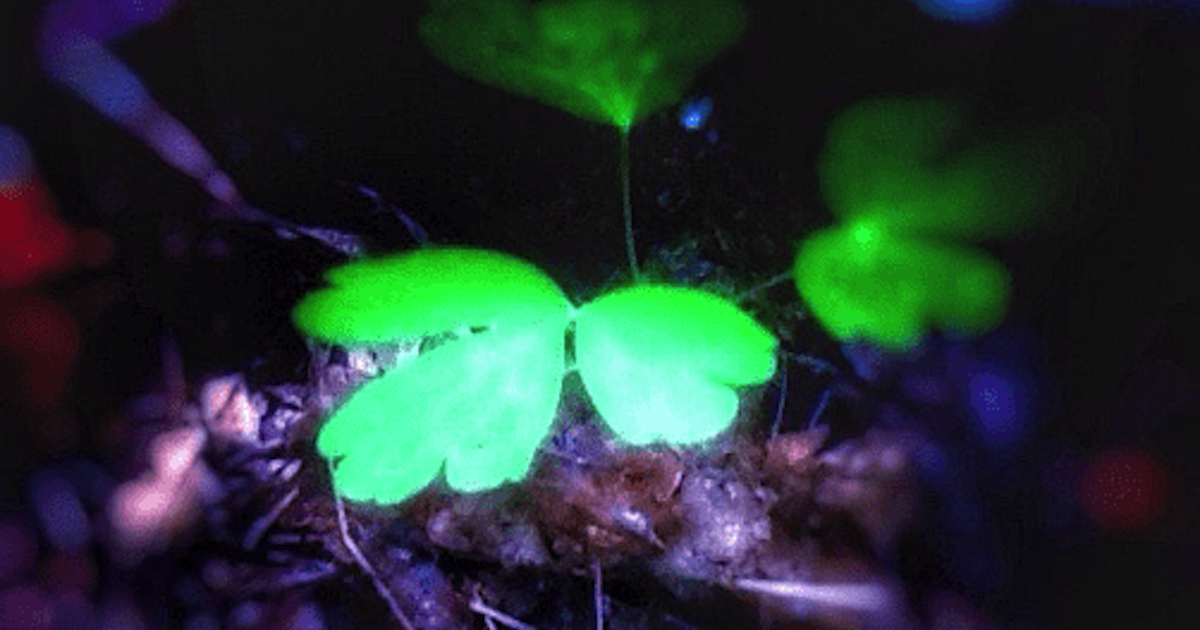 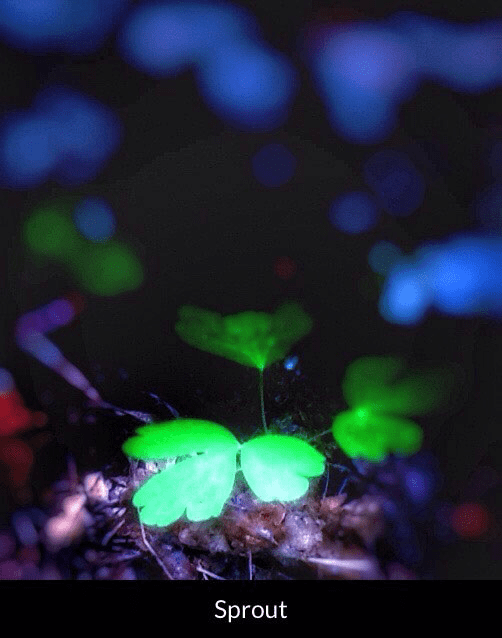 You might think this image was created by a professional photographer or design specialist. But no. It was created by a 12-year-old girl with learning disabilities. The girl says it illustrates the feeling of personal growth, and support, she feels when she goes to a camp dedicated to helping children who suffer from autism.

She designed the image using MyMoments, a photo-editing app built by the EDI Institute in tandem with Mobile Jazz. The app uses creative technology to empower people in difficult circumstances, as well as those caring for them.

EDI’s founder, Steve Koppel, has drawn on his own experience of using photography to light a path through family health problems. His mission is to introduce the app to patients, and carers, through workshops at healthcare centres across America. Through these workshops, he is striving to help vulnerable people illuminate their darkest moments, giving them a means to express their emotions in a way they can’t with words.

The MyMoments app has already helped scores of people suffering from terminal illnesses illustrate their innermost feelings. It’s provided a creative sanctuary for people dealing with abuse, family bereavements, and homelessness. It’s given people suffering chronic mental health problems, and war veterans scarred by battlefield experiences, a glimpse of a sunnier future. And it’s provided respite for those healthcare staffers, and family members, who help these people live with their pain.

Giving Light to a Vision

When Steve approached Mobile Jazz, he told us he wanted a slimmed-down version of established photo editing apps, which would be accessible to everyone and yet allow them to produce genuinely unique, powerful images. He wanted an app which would do justice to its users’ emotions – like the fierce determination which inspired one young woman battling an eating disorder to create this: 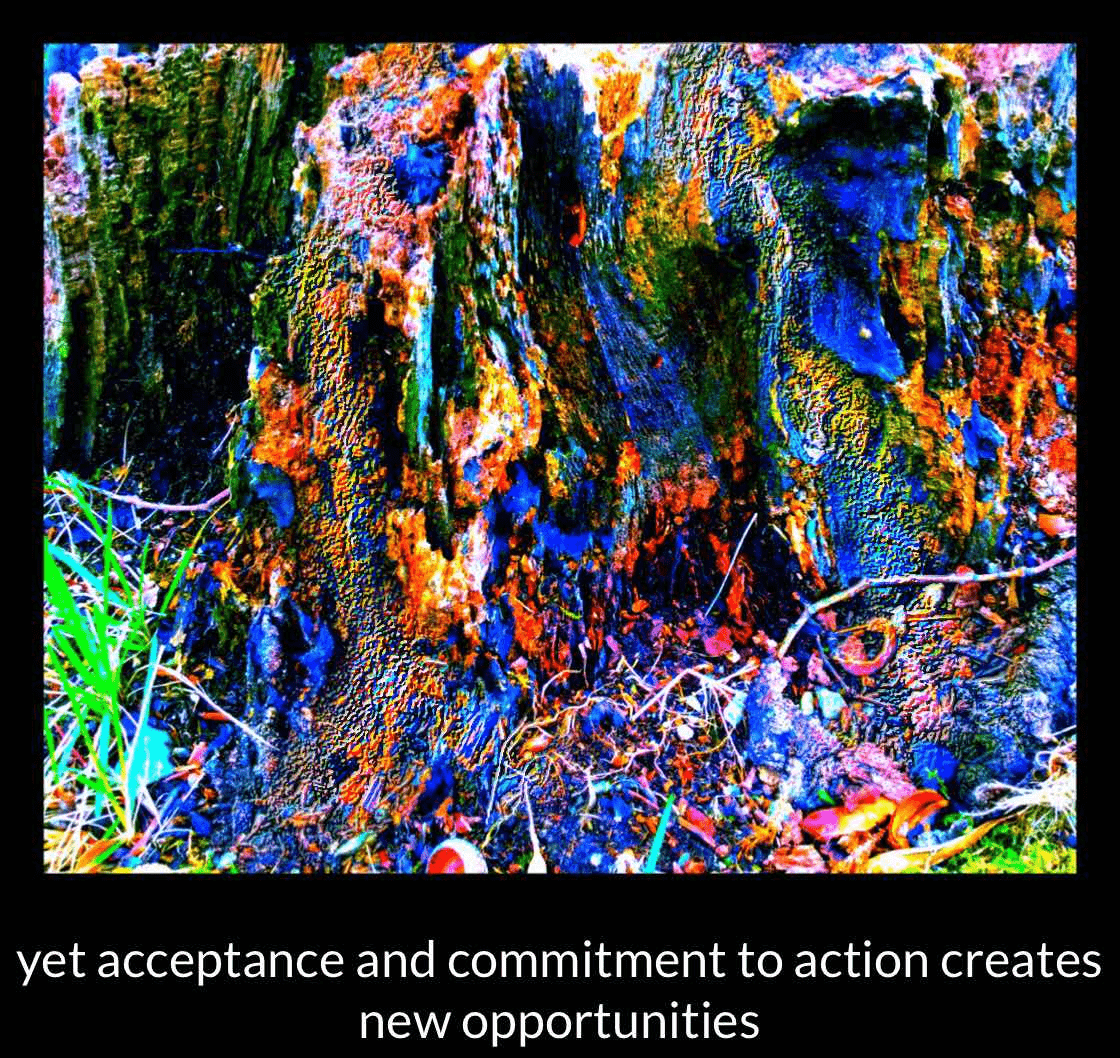 Working closely with Steve, we built an iOS app which could be mastered within a couple of minutes – a tough challenge considering the power the application required. Users would be able to choose from a repository of images, carefully selected to represent growth, hardship and the journey of life. Or, if they preferred, they could upload their own. The in-built editing suite allowed them to transform the image completely with graphics and color bursts, and add their own slogans to explain their vision.

To complement the app, we built a backend administration panel and API called MyMoments Cloud, to serve as a library for the images users created in EDI’s workshops. In this cloud-based library, the workshops’ facilitators could find the images and arrange them into groups, collections and slideshows.

Everything was designed to be subtle and sensitive, tailored to vulnerable people. Although MyMoments is learnable for everyone, it enables people who love creating beautiful images to exercise their passion, and it’s as subtle and complex as the user wants it to be.

We’re all thrilled with the results. The app has at least 5,000 participants already, although the true number could now be closer to 10,000. It’s been embedded into a number of evidence-based therapies, including relapse prevention planning and cognitive behavioural therapy. And studies conducted by EDI in tandem with New England Research Institutes showed that 90% of users felt empowered to share something through imagery that they could not express through words.

In some cases, MyMoments is being used to release pain and frustration. In others, it’s providing a platform to express hope in a brighter future. And in a few cases, it’s being used to describe a transformative experience. This user, for example, used their image to describe the process of emerging from a dark personal period. 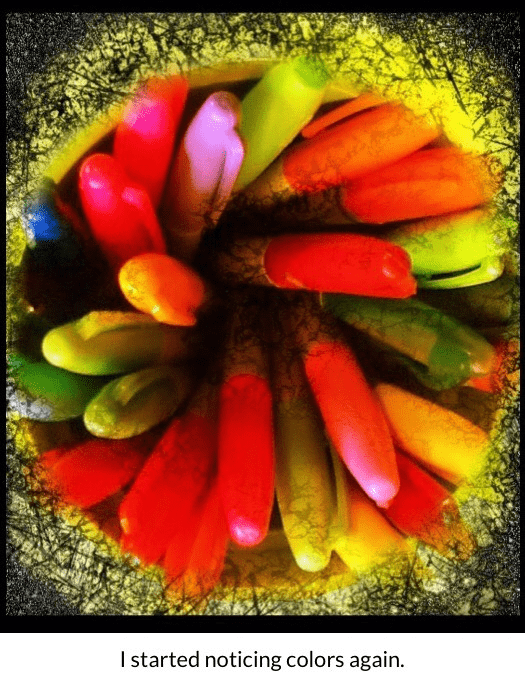 As well as helping the sufferers themselves, the product is also providing a vital role for the people treating them. Steve’s mission is to benefit all corners of the care community, including paid nurses, administrative staff, and the relatives who play a vital role in supporting their loved ones. To this end EDI recently announced a partnership with pharmaceutical company Eli Lilly, which is designed to improve the patient experience at cancer centers across the country.

The MyMoments brief was mainly handled by three members of the MJ Team: Aleix, Jose and Pablo. But the project generated a huge buzz within the entire company. We all wanted to see how this product worked first-hand.

So, when the app was complete, we invited Steve to hold a workshop with MJ, walking us through a MyMoments demonstration and inviting us to create our own designs. The theme was simple: What MJ Means to You.

Each team member generated their own image and caption, based on their vision for our company’s future. This is the image I produced: 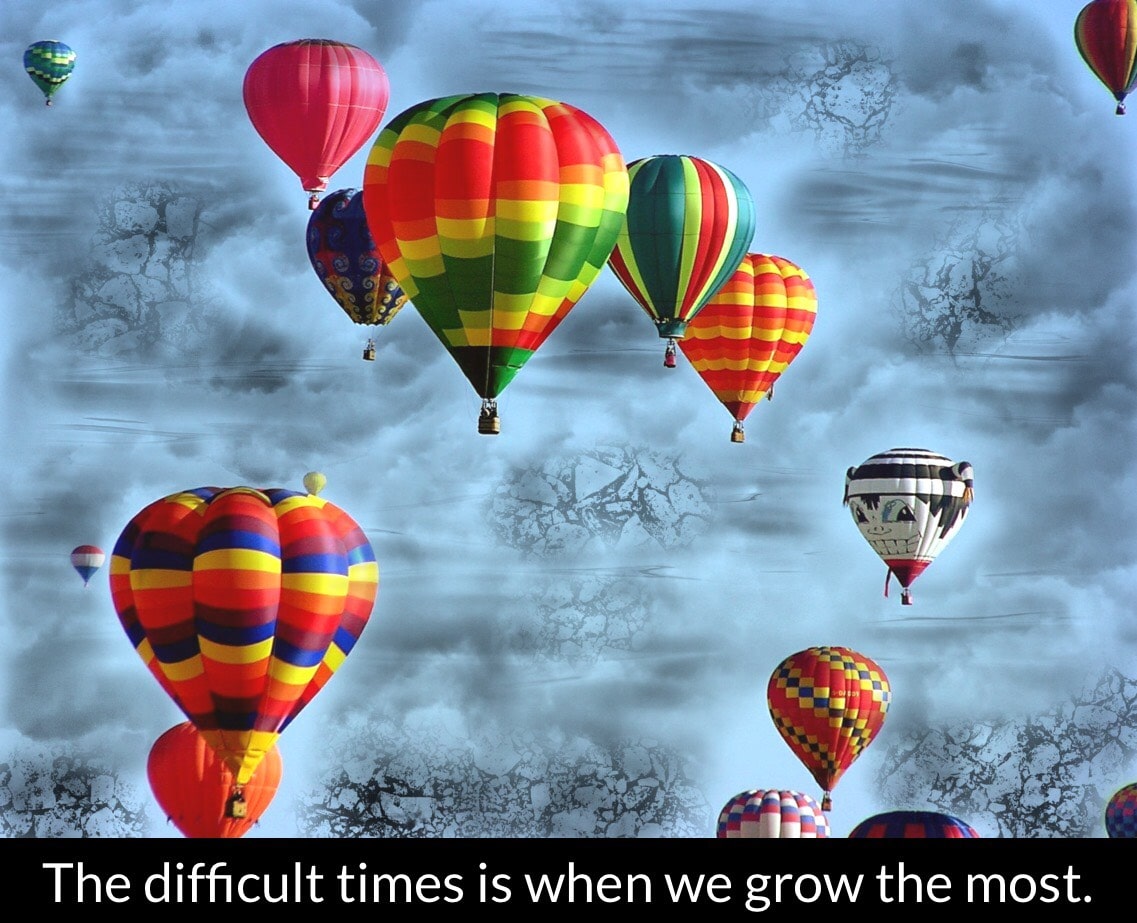 Once we’d finished, each of us showed our image to the group and explained what it meant.

Although each of us had a slightly different message, there were common themes running through all our designs. A lot of us touched on the value of togetherness, and our shared vision to optimise our working life for happiness.

As well as showing just how creative our team is, it really brought home to me what an amazing group of people we’ve assembled. We all see MJ in a different way, but the vision is the same.

Having hired many of them myself, I’m particularly proud of the team we’ve built. It vindicates the strategy we use when hiring staff, and shows we’re on the right path as a company. And we’ve got a bunch of people who can capture an idea perfectly, as Luciano did here: 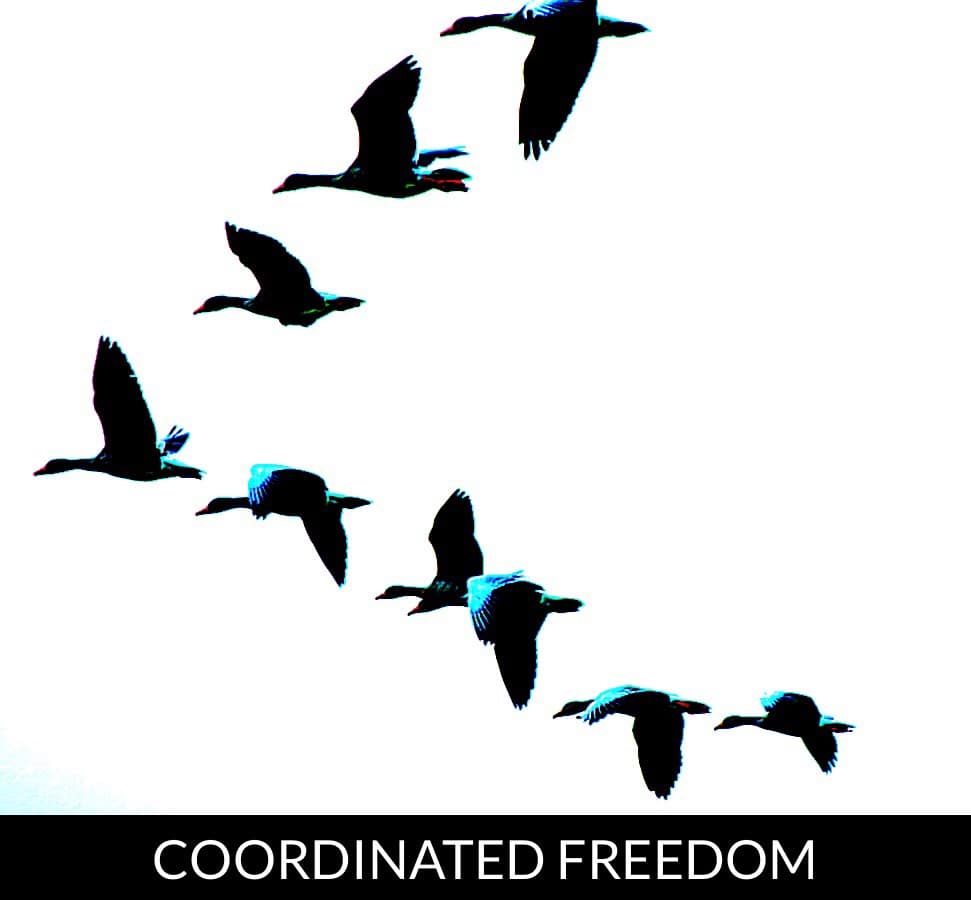 Having seen first-hand what a powerful impact MyMoments can make, we love the project even more. We’ve already got plenty of work lined up with Steve over the months ahead, and can’t wait to work with him again as he continues to fight life’s most difficult circumstances with the beauty of digital imagery. 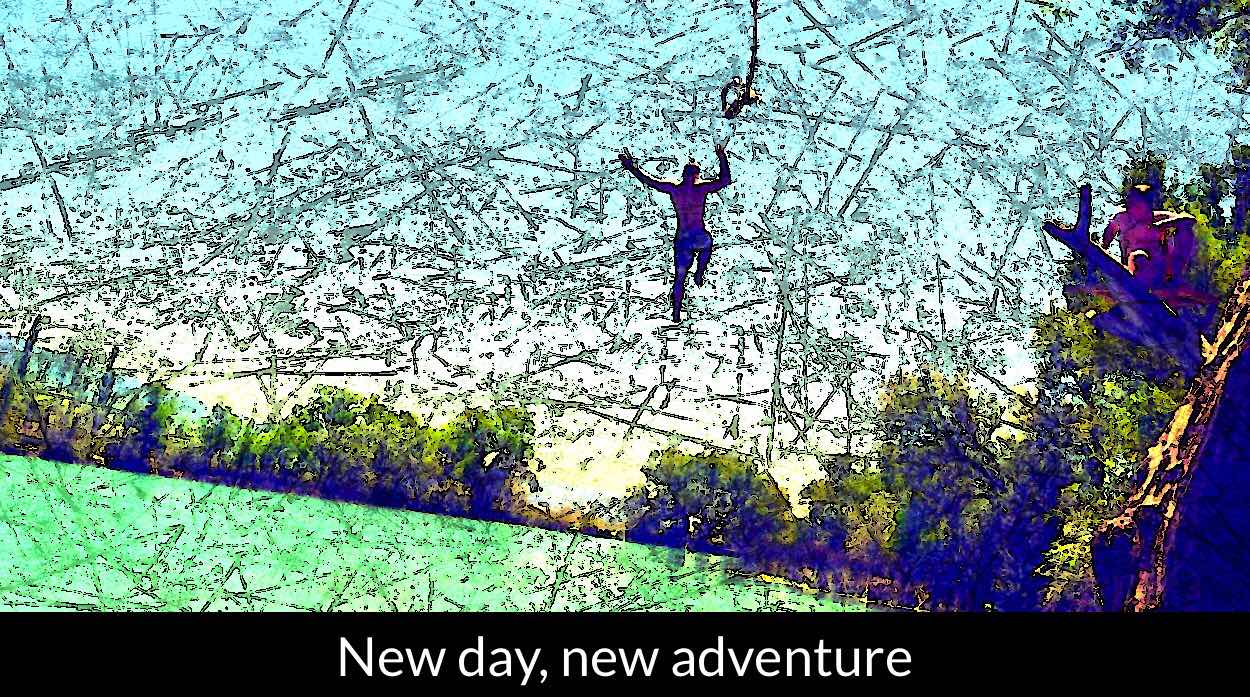