How to Retain Your Staff in the Job-Hopping Age 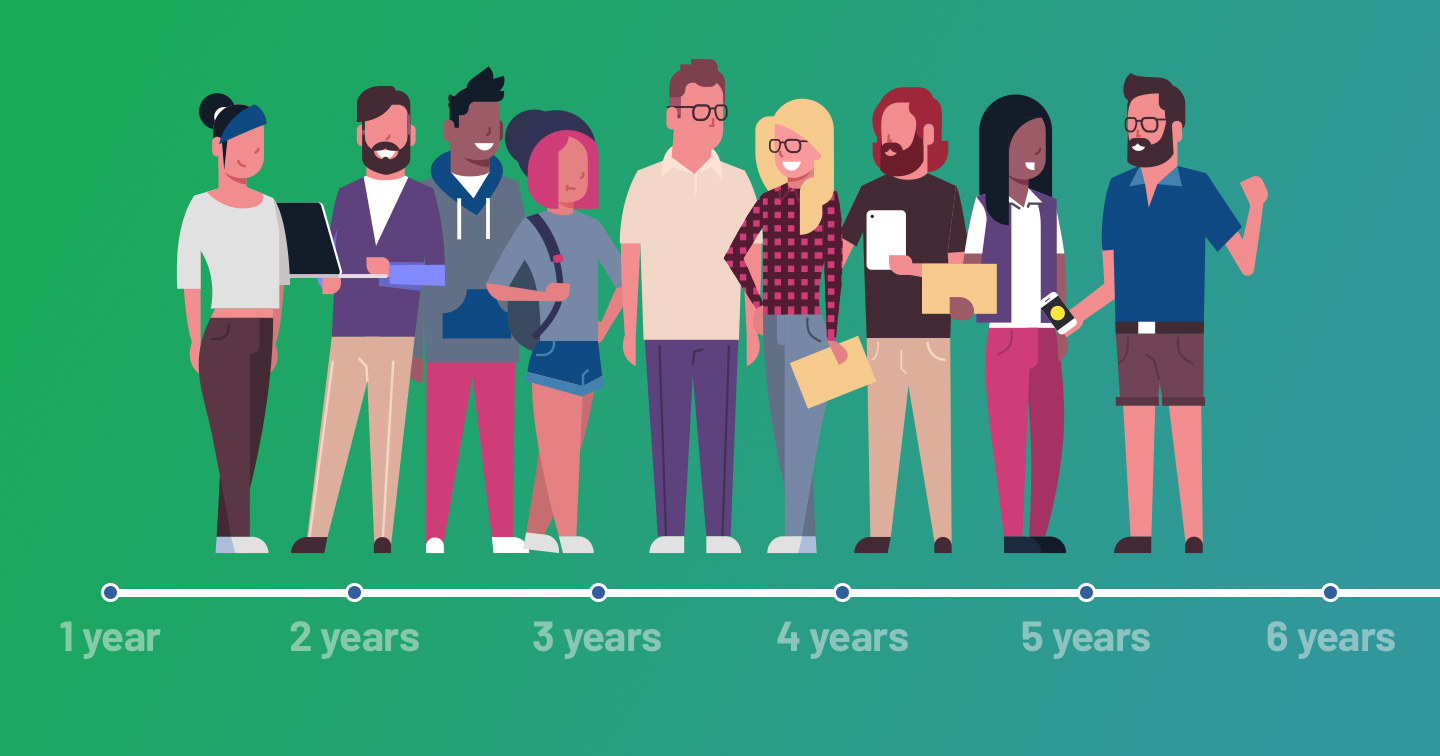 At a time of near-full employment, with a booming gig economy and a digital skill shortage, it’s harder than ever to cling onto talented people. Research from LinkedIn shows the average company loses nearly 11% of its workforce every year. Over 1 in 4 employees quits within the first 90 days.

Employers will naturally view these trends with apprehension. No matter how long a person has been with a company, their departure has the potential to cause turbulence. If someone new quits, it paints a picture of disharmony that destabilizes more established team members. If the resignee is a company veteran, they’ll leave with a vault of knowledge which will take months to replace.

For companies such as Mobile Jazz, the impact is doubly significant. We’re trying to carve a niche in the technology sector, where competition is at its fiercest. It’s seriously tough to find good people, so you need to hang on to them, particularly when you’re a remote company in a world which still values office-based security.

So we’ve put a dedicated staff retention system in place, drawing on the advantages of being a distributed company. The results are clear: most of our employees have been with the company for five years or more, more than double the average employee’s stay in top tech companies. None of the people who were with us when we became a fully remote company last spring have decided to quit. They’ve all supported our vision and bought a ticket for our journey.

Why are people so keen to stay? Well we pay a very good base salary, but we certainly don’t try to compete with the Googles, the Apples or the Facebooks. Thankfully, however, we’re living in an age where people are less money-motivated than their predecessors and we feel we’ve built a seriously competitive offering, full of additional benefits.

That doesn’t mean the ‘whacky’ gimmicks lots of other tech companies have gone for. They’ve installed all kinds of hipster accessories, from ping-pong tables to Arcade machines. But even when we had an office, we didn’t do that. If you go online and find out what today’s tech workers really think about such fads, you’ll understand why.

Instead of cheapening our employee experience with novelty distractions, we’ve given our team something they actually want: a personalized growth path which lets them develop within the company. We’ve read tons of research which emphasizes the importance of career paths, both in meeting the modern worker’s expectations and creating agility within the company.

So we sit down with each team member and map out what they want to achieve, as well as the amount of responsibility they’d like to assume. Some team members want to lead projects. Others, particularly those with young families, often want nothing more than to organize a talk or event. Whether someone wants a step up, or a step back, we try to make it happen.

The idea is to ensure that everyone is constantly reevaluating their goals and the company structure adapts to its people. We don’t want a rigid old-fashioned hierarchy, where long-standing employees are stuck in high-level positions and block the path of people ready to take over.

The growth path has a clear financial angle. We use it both as a basis for our quarterly dividends, drawn from the company’s profits, and as a baseline to gauge special achievements. If someone exceeds the objectives outlined in their growth path, they’re likely to receive a bonus. But it’s not really about the money; the growth path is a key part of the structure we’ve built for the company.

A lot has been written about the ‘bossless workplace’, the growing shift towards flexible environments built on self-responsibility. We don’t think it’s quite as exaggerated as some suggest – you’re always going to need leaders to preserve the organization’s values – but we’ve definitely strived to build a fluid, flexible structure which allows people to own their ideas.

At Mobile Jazz, we don’t have dedicated project managers. Like a lot of companies, we’ve found that agile working requires pop-up teams for each new project, each with its own leader chosen for skills, not title. This carries a major commercial benefit – the more agile you are, the more successful your projects will be. But it provides a cultural benefit too, encouraging each member of the team to take responsibility.

We expect everyone to react positively to this structure. If an urgent email comes in from a client, we expect someone to jump on it even if it’s not their direct contact. But we also reward our team by letting them know we trust them. Each member is given the right to work flexible hours and take as much holiday as they want. If they fancy a holiday and it won’t disadvantage our clients, then it’s ok for us. If they come up with an idea for a great piece of software, we’re happy to let them build it on work time.

Combined with this, we’ve developed a program called MJ University, which complements the Growth Path. We ask team members what they want to learn, and pay for them to study the appropriate course. This has clear advantages for us, as we’re constantly up-skilling our team and getting the jump on new technologies. But the impact goes way deeper than that.

Our culture of trust has played a massive role in retaining our people. Studies have found that a majority of employees identify trust as a key factor when they’re weighing up whether to quit a company, and Mobile Jazz is proof of that correlation. The evidence also suggests that workers who are treated like adults are more likely to go the extra mile for their company and act as an ambassador, creating a vibrant atmosphere which everyone wants to be part of.

Company on a Mission

Yet perhaps the most important part of our strategy is the idea that Mobile Jazz is more than just a company. Today’s young workers – the ones who make up the bulk of the tech workforce – want to work for a company with a genuine sense of purpose. We try to fulfil this desire as much as possible.

We’ve been lucky enough to work on several socially focused projects including Worldreader, an app that promotes literacy in the third world, and MyMoments, an image-editing package for vulnerable people. We also encourage our team to work with charities, and even match their donations. Many of our folks take on marathons and other challenges for charity, and they do so with our full backing.

Indeed, we strive to promote our mission as much as possible. Just check out the blogs we’ve written about our projects, or our team’s charity work, and you’ll see how keen we are to spread MJ’s values. But we also think carefully about the language we use inside the company. We’ve referred to ‘our team’ and ‘our people’ several times in this article, and that’s no accident. We never call them ‘staff’ or ‘employees’. We want to show everyone that this is a community, filled with talented people working together on inspirational projects.

Given that we work remotely across several different countries, sustaining this community atmosphere carries obvious challenges. But we’ve got dedicated Slack groups to chat during the day, and we actively encourage our team to plan trips on their own and visit each other, wherever they are in the world.

To back this up, we hold multiple workations per year. As well as being a reward for our team (we hold the workations in fun, exotic destinations and it’s all fully paid), these trips reinforce our identity. We started out as a group of friends who wanted to work together, and, if we want to retain our people, we need to keep that spirit burning.

Ok, that’s quite enough advice for one article. There’s plenty more information about our employee retention strategies in our recently published culture book. But we hope there are plenty of useful takeaways in the material we’ve provided.

We’re not saying our strategy is perfect, but we feel our retention record speaks to its success. If you create a company which works for your people, you’ve got a better chance of keeping them. Even if you don’t have the financial resources of a Google or Facebook to sweeten the deal.

(The original version of this article appeared in European Business Review and you can read it here).