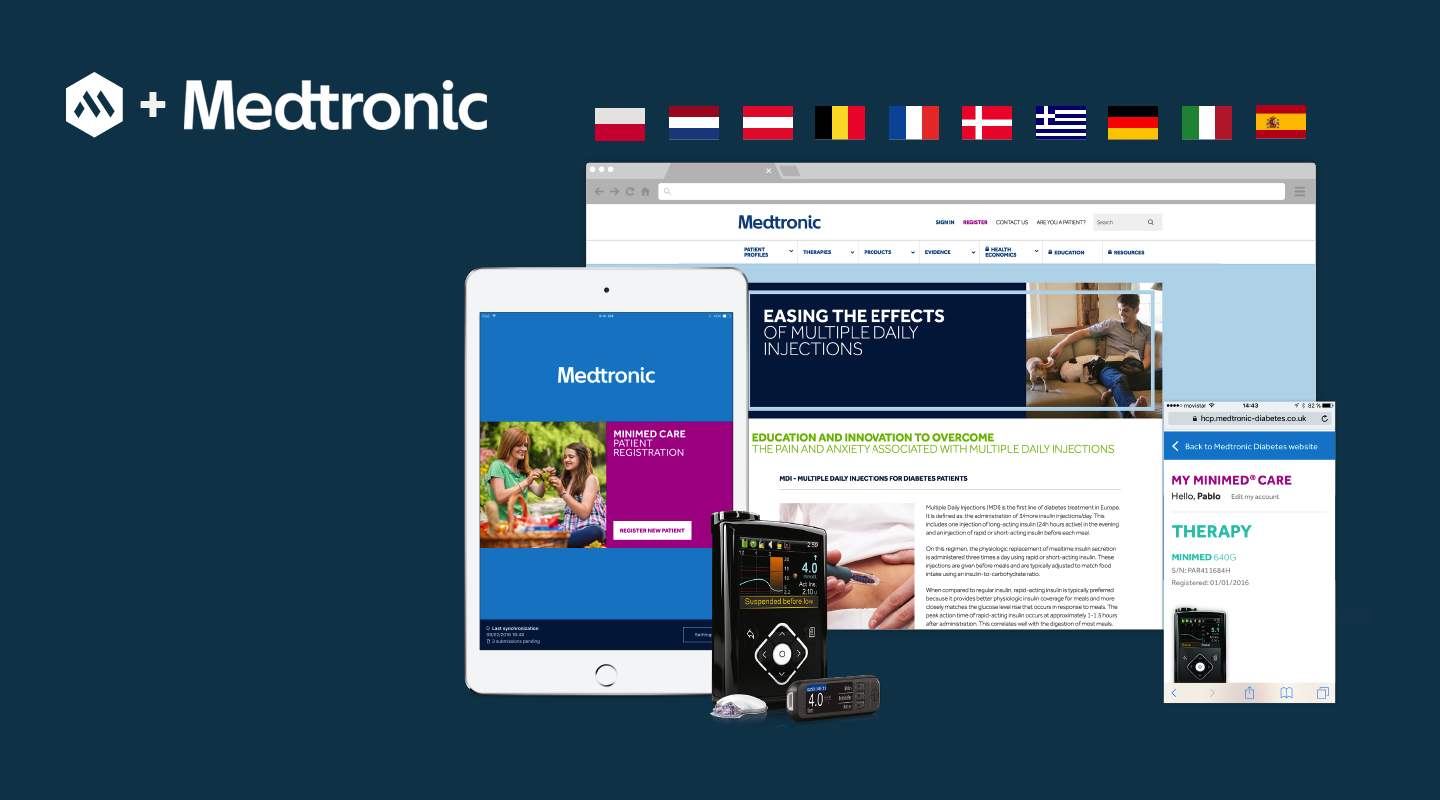 Back in the mid-1950s, Medtronic was a bit like Mobile Jazz today. A young company led by a couple of folks with a passion for science and innovation, determined to build technologies that would improve people’s lives.

Then in 1958 they delivered their battery-powered pacemaker, a world-first which helped turn Medtronic into the world’s biggest medical device company, a giant of the Fortune 500. Days before we wrote this article, Medtronic published an earnings report showing annual revenues of over $30 billion.

So, when Medtronic asked us to work with them, it felt a bit like David helping Goliath. But, over the course of our two-year partnership, we became a major part of the Medtronic story. In fact, they say we helped revamp their entire approach to project management.

In this article, we’ll detail the agile project management techniques we used to handle such a big account. If you’re a small provider looking to attract and retain major companies (or, on the flip side, if you’re a major company looking to hire a smaller firm) this piece will provide some useful takeaways.

When a huge corporation approaches us, they rarely want to change anything fundamental about their service or organization. They simply need a project to be delivered quickly.

This was the case with Medtronic. They’d been working with a major consultancy firm to maintain the entire web infrastructure of their European Diabetes branch, spanning 30 countries.

Medtronic had their own servers, but they needed managing and the project was highly complex, involving everything from backend and frontend programming to design and content management.

Partly due to inefficient communication between Medtronic and their previous supplier, the project had become bogged down. Each time the Medtronic diabetes team required an adjustment to their website, it was costing them vast amounts of time and money. Medtronic now needed a more agile, responsive service.

Initially they asked us for a new corporate website (which could be translated into seven different languages) to complement the existing Medtronic diabetes sites. What’s more, they wanted to manage it themselves. So we built the entire site from scratch using WordPress, a content management system (CMS) which powers more than half the websites in the world.

For small-scale web projects, WordPress is great. You can tweak the pre-installed themes to build complex websites, and the technology is straightforward. What’s more, the WordPress CMS can be used at the back end as well as the front, so the Medtronic diabetes team could edit their content without requiring any programming knowledge.

From Strength to Strength

The benefits became apparent immediately. Before hiring Mobile Jazz, Medtronic had been forced to wait up to two weeks before deploying a single change, and pay hundreds of euros. Now, it was a case of “you change the text, we deploy it.”

So they offered a bigger project, which would cover the entire Medtronic diabetes portfolio for Europe. We would be challenged to maintain over 30 existing websites, and build several more.

Naturally, this involved a huge amount of work: we started out with 150 retained monthly hours and finished up devoting over 500. What’s more, we faced major technical challenges from the get-go.

The original Medtronic diabetes sites were built using an old version of the Drupal platform, which was impossible to update and carried lots of technical debt. However WordPress, even the latest version, lacks the flexibility needed if you’re building a whole bunch of new sites. Something different was required.

In the end we decided to build a custom-made content management system (CMS) using the Yii PHP framework, which carries excellent in-built security features and is also scalable and easy to customize. In this case, we added a support feature for translations and multilingual websites, which would alert administrators if any required translations were missing.

The CMS was designed to be highly intuitive, so any member of the Medtronic diabetes team could use it – no matter their digital expertise.

In designing the new sites, we closely followed the brand identity guidelines Medtronic had just rolled out, which were based on a rich, simple user experience. Our design team improved readability by implementing a new typography, with bigger font sizes and line-heights.

We also freshened up the sites with a brighter color palette, along with more ‘natural’ images which featured real Medtronic staff (rather than those cheesy stock photos we’ve all seen a million times). Each website was designed to be mobile-first and responsive, adaptable to a wide range of browsers.

But really, this new technology, and the time we spent showing the Medtronic team how to use it, is just a small part of the story. When Medtronic have given us feedback, they haven’t focused on what we built, but rather how we built it.

Mobile Jazz prides itself on a lean approach to project management, which cuts through the corporate b******t and optimizes resources. We don’t hire specialist project managers – all our PMs are engineers who can describe our work without jargon. And we maximize communication using a variety of project management software packages, notably Trello.

This is something Medtronic have often commented on. Previously, they had a very typical supplier/customer relationship with their agency: lots of back-and-forth email, documents forwarded over and over again. Any slight tweak required hours of meetings and calls, and almost no development took place.

Straightway, we introduced the Medtronic diabetes team to our Trello project management system, in which clients create tickets every time they have a request. Each ticket goes straight to the relevant member of our team, which means requests are more targeted and avoids all the old back-and-forth.

To top up this system, we convened a short, weekly meeting with the Medtronic guys. We’re not talking about one of those rambly discussions where most people don’t even need to be there. We’re talking about a short, sharp and lean meeting limited to the relevant actors. The meeting was purely designed to provide a two-way update on progress, with all core communication handled via Trello.

Medtronic told us they loved the new way of working. Suddenly, the whole process of pushing out changes was streamlined and automated. Medtronic could now alter their website at a cost of practically zero; what’s more, the time spent on project management was halved, from 36% to 18% of the total project cost, a really small amount considering the size of the Medtronic operation. A far greater share of the project allocation could now be channelled into actual development.

More Than a Supplier

Over the course of two years we poured almost 11,500 hours into the Medtronic account. The Europe team recommended us to their colleagues in the U.S., Russia, Latin America and the Middle East and we became a key partner of the entire global operation.

More than that, though, we feel like we became more than a supplier to Medtronic. As well as face-to-face meetings, we flew to their European headquarters in Switzerland on several occasions. They visited Barcelona a couple of times and we held loads of fun events together, cementing a real bond between the two teams.

Full stack web developer with accuracy and passion for both frontend and backend developing.